The two montage videos both above and below were created by Rebecca (in our group). She accumulated photos of various endangered species (including animals and plants) depicting the factors why the world's flaura and fauna are in jeopardy (due to human proceedings).
There are thousands of endangered species all over the world.
In every continent, every country and every state. This includes the world's habitats, animals, plantations and overall environment.

WHAT DOES ENDANGERED MEAN?
According to the dictionary, endangered means (in relation to a species) seriously at risk of extinction.

There are approximately 801 animals ALREADY extinct, which means that we can no longer view these animal species ever again, for education, for reproduction, for world relation and for food chain connections. Continuing at this rapid pace without steps taken to alleviate our rampant habitat destruction, the number of animals we risk losing will only continue to increase.

5,689 species of animals are endangered, 3,879 of those are critically endangered.

Some examples of critically endangered animals are the:

Most of these animals are endangered due to humans abolishing their habitats or their families for necessities, such as food, and for more wasteful reasons such as jewelry, accessories, clothes or any of our other "wants" NOT NEEDS.
Maps of endangered animals all over the world 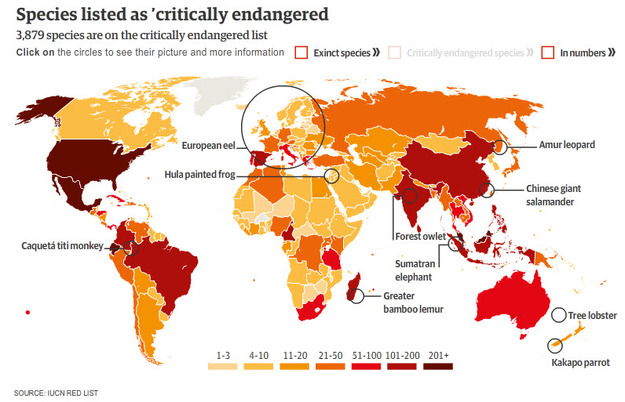 Above and below are two maps that we have obtained from Google images, which depict the various endangered animals globally and additionally their country of origin and/or endangerment. 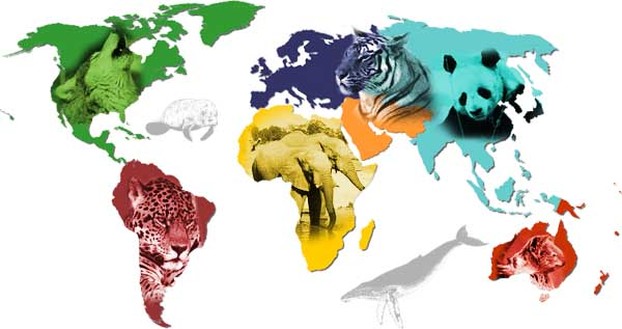